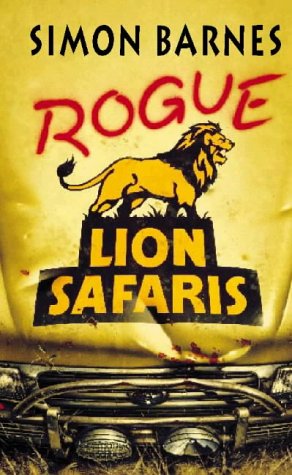 A funny, romantic, evocative novel set against the safari tourism business in East Africa, written by an award-winning journalist.
Armed with his late father’s trilby and a degree in zoology, Dan Lynch heads for Africa and work as a safari guide. The somewhat primitive Lion Camp is run in an endearingly eccentric fashion by George Sorensen, who is a world authority on lions and a legendary figure in the South Mchindeni National Park.
Sharing George’s passion for the bush, Dan fits easily into the ramshackle style of Lion Safaris, where getting close to big game, preferably on foot, is regarded as more important than providing creature comforts. It is a policy that can lead to moments of extravagant beauty and heartstopping fear.
However, things are changing in the Park. George may be a brilliant zoologist but he is no businessman, and Lion Camp is threatened by lack of visitors, competition from a slick neighbouring operation and corrupt local politicians. While Dan is falling in love with the country (not to mention the unattainable freckled beauty Caroline Sandford), George is in danger of losing everything.
A beautiful evocation of place, a warmly observant love story, a suspenseful battle against the odds, Rogue Lion Safaris marks the debut of a very bright new voice in fiction.

Barnes has created a new category of adventure story, doing for safaris what Dick Francis has done for horse-racing, but better written.
- The Times

This novel is just about the next best thing to going on safari oneself, such is its evocation of place.
- Oxford Times