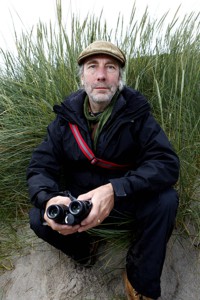 Disclaimer: this is not as colourful or as interesting as some of the Wikipedia entries under my name. A favourite one of these claimed I specialised in writing hagiographies of African dictators. What follows is comparatively dull, and perhaps a little selective. On the other hand, at least it’s all true.

I was born in Bristol in 1951. My father was then an actor; he went on to work for BBC television, producing Blue Peter and then starting Newsround and other programmes. My mother wrote for television and lectured, mainly on historical subjects.
We moved to London, first to Pimlico and then Streatham, where I was allegedly educated at Sunnyhill junior school.

In reality, most of my education took place at the Natural History Museum, which I visited alone most Saturdays. I then attended Emanuel School near Clapham Junction, and fancied myself a long-haired rebel intellectual. I studied English at Bristol University and read a vast number of books, at least some of which were on the syllabus, and even got a degree; the university subsequently awarded me an honorary doctorate.

I then got a job with a local newspaper group that operated in Surrey and South London. In order to escape the attentions of an unsympathetic editor, I claimed I had always wanted to a sportswriter and the sports department were kind enough to take me at my word.
In this time I made a trip to India, and another to Israel. This was enough to give me a severe case of travel-fever, so I got a job on the South China Morning Post in Hongkong. Unfortunately I was sacked more or less on arrival; I don’t think my face really fitted. Instead of going home I moved onto Lamma Island, just south of Hongkong, and spent four years doing Gonzo journalism around Asia. In the course of this I met Cindy and we returned to England.

I wrote my first piece for The Times in 1982, and wrote for the paper until July 2014. I wrote initially on sport, and subsequently also on wildlife. I became chief sportswriter in 2002. I have covered seven summer Olympic Games, and various World Cups, Wimbledons, Test matches, Super Bowls and so forth, collecting a fair few passport stamps. I have been given a number of journalistic awards, which the interested can look up elsewhere.

I wrote a weekly wildlife column for The Times between 1989 and 1992, and then started again in 2005, adding a second in 2009. I have written sports columns for GQ magazine and for The Spectator among many others. I write for the RSPB’s magazine Nature’s Home.

I wrote my first book in 1986 and have been at it ever since, the current score being 21 ½ if you include the current work Ten Million Aliens. This includes three novels. The titles and other details are listed elsewhere on this site. Best-selling titles include Horsesweat and Tears and How To Be A Bad Birdwatcher. The last was published by Short Books. The company and I have produced nine titles together, the last of which is Ten Million Aliens and is about the entire Animal Kingdom.

I have travelled extensively in search of wildlife, and clocked up the usual sort of adventures. I am a council member of the World Land Trust, which buys land for wildlife conservation on behalf of cash-strapped organisations in the developing world; I am also a patron of Save the Rhino and honorary vice-president of the Bumblebee Conservation Trust.

Cindy and I were married in 1983. She worked as an actress and went on to study theology. We have two sons; Joseph is studying music, and Edmund, (who has Down’s syndrome) is mad for horses, birds, cooking and gardening . We now live in Norfolk with horses in the meadow and otters and kingfishers on the marsh.